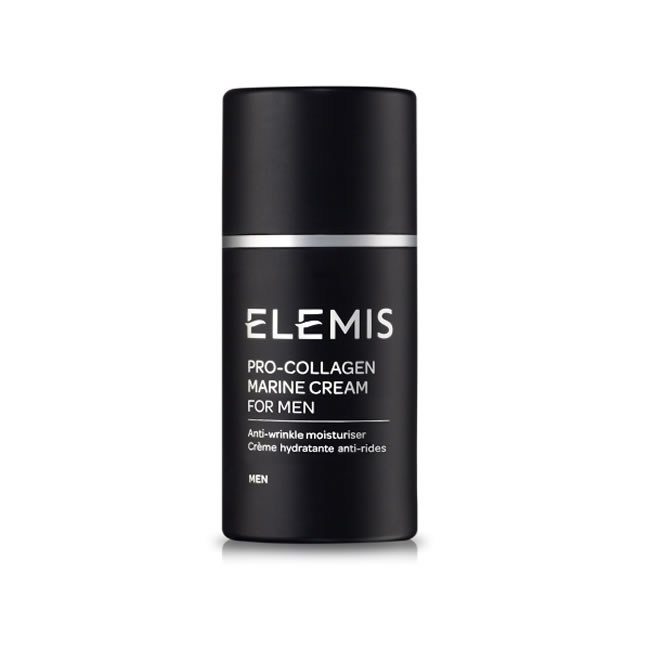 Regardless of generation or age, these days, men are investing more time, energy and money in their appearance than ever before.

At Pure Beauty we are here to help everyone look, and feel, great, and today we are looking at products that give men a boost!

The Elemis Pro-Collagen Marine Cream for Men has been created just for men and helps to hydrate and firm their skin and improve the appearance of fine lines and wrinkles. From the word go, skin is left looking smoother than before and feels refreshed and replenished. Mediterranean Algae, Padina Pavonica, Ginkgo Biloba and soothing Abyssine™ come together to help with suppleness, firmness and elasticity – what’s not to like?

The Decleor Triple Action Shave Perfector is a super serum that prepares the skin for shaving. A cocktail of essential oils have been mixed to meet the exact needs of men’s skin and this can lead the way to a smoother, clearer, fuss-free shave. Applying three drops of the serum to cleansed skin will prepare it for shaving, and when used after your shave, it can soothe razor burns and enhance the effectiveness of your other products.

With a month’s supply of the world’s first fully customisable shave routine, the Dermalogica Shave Essentials Trio shows you how well you can treat your skin when shaving. The set comes with the Dermalogica Daily Clean Scrub (44ml), Dermalogica Soothing Shave Cream (74ml) and Dermalogica PostShave Balm (10ml) and we think you will be hooked after your very first shave.

Whether it’s from golf, driving, football or gardening, the Elemis Aching Muscle Super Soak will help to ease overworked, tired muscles. This natural foaming bath soak smells amazing and works wonders on aches and pains. Extracts of Birch, Juniper, Clove, Alpine Lavender, Wild Thyme and Blue Chamomile have been mixed with Sea Salt which together warm muscles and recharge bodies.

Men don’t escape the ravages of time, which is why so many of them love the Elemis Anti-Ageing Time Defence Eye Reviver. This lightweight anti-ageing men specific eye cream has been clinically proven to reduce the depth of wrinkles by up to 37% in less than a month and increase skin hydration by up to 82% in the same time period – wow! Created to help support skin elasticity and to tighten, firm and hydrate, this will be a welcomed addition to any bathroom cabinet.

When it comes to the sun, everyone needs protection. The Dermalogica Protection 50 Sport SPF50 defends against UV light and can be used by anyone, so no excuses boys. Oleosome Microspheres enhance the performance of the SPF and counteract the moisture loss that can be triggered by being out in the sun. The cream sinks into the skin without a greasy after-feel and should be liberally rubbed into your skin at least 15 minutes before going into the sun.

If you have any questions, or would like to try before you buy, get in touch and we can give advice and send samples.

Yoga is a 5000-year-old Indian philosophy that combines breathing, diet, exercise, meditation and relaxation to
give your mind, body and soul a workout.

However, it seems a new ‘type’ of yoga comes on the scene every week so we have decided to have a look at the most popular types to make things a little clearer.

Ashtanga
This yoga practise is faster than many types as you rapidly, flow from one pose to the next with each inhale and exhale. It is based on six established poses that can be pretty strenuous if done correctly. You go from the primary series, second series, third series, and so on with each series of poses linked by the breath. This co-ordinated movement of breath and pose is called a ‘vinyasa’.

Bikram
Also knows as hot yoga, Bikram is all about yoga being practised in a sauna-like conditions and has become increasingly popular over the past decade. Whatever the weather is outside, when you take a Bikram class the temperature is turned up to 105 degrees which in turn tends to create an environment of around 40% humidity. Created by Bikram Choudhury, this practise is made up of a series of 26 basic postures and each one is performed twice.

Hatha
As one of the six original ‘branches’ of yoga, Hatha is a universally popular yoga practise and enjoyed by thousands. Classes tend to take a classical approach with time spent on getting breathing and basic postures right. If you want a balance of effort and relaxation, this could be a good starting point.

Iyengar
Named after the founder B.K.S. Iyengar, this is considered to be a purist form of yoga. Blocks, boards, harnesses and straps are often used in classes to help students get into the perfect position. Practised by people of all ages and abilities, Iyengar yoga focuses on precise alignment and exact sequencing, but do not be fooled, it isn’t an easy option.

Power or Vinyasa
This is a pretty active and athletic style of yoga and is based on Ashtanga. Unlike Ashtanga, power yoga doesn’t follow the exact same sequence of poses and you may find the style changes with the teacher. After the class you will feel like you have moved and worked-out, so remember to take a little time to reflect and mediate afterwards.

Pregnancy
Yoga during pregnancy has become quite ‘a thing’ and the trend doesn’t seem to be slowing down. Teachers create classes based on specifically adapted poses that help women in all stages of pregnancy. As well as aiding relaxation and breathing, yoga can help keep muscles strong during pregnancy and give them the strength and energy to return to normal once the baby has been born. Always check the credentials of the teacher with the British Wheel of Yoga Teachers and if you experience any pain during a class, stop and consult your GP or out of hours service.

Restorative
This is less about working out and more about relaxing and taking stock. Time will be spent doing four or five simple poses with blankets, bolsters and lavender oil being used to deepen relaxation levels. Many people feel that this is like a psychic cleansing of the mind and leaves them feeling feel brand new and refreshed afterwards.

Why not try out a class or two and find a yoga that is right for you?

An alternative and independent view of Scottish Independence

Fantastic Treatments in a fabulous salon with only the best Products and the very Best Beauty Therapists!

...from the Dermalogica, Decleor and Elemis Experts - Pure Beauty Online