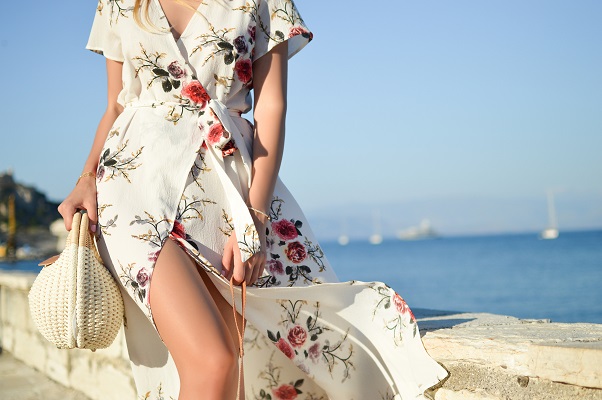 Photo by Tamara Bellis on Unsplash

Now that we’ve has a stretch of half decent weather which has lasted for more than a week, we’re finally confident that we can say “summer is on it’s way!”. With the changes in weather and longer days, most of us like to change our beauty routines at this time of year, so we thought we’d give you five hacks that you can use in summer to make your life easier and more comfortable.

If you live alone but need to apply fake tan or sun lotion to your back, there’s a simple solution that you won’t believe until you try it…head to the kitchen and grab some cling film! Cut a piece around one metre long and apply a blob of your sun cream or fake tan to the centre of the film. Then take both ends of the film and use it to rub the lotion over your back as if you were drying off with a towel to evenly spread the lotion.

Get Chilly in the Fridge

A lot of beauty products work better in the summer when you keep them in the fridge – thinks like foundation, nail polish, after sun and lip balms all stay in better condition and work more optimally when they’re refrigerated during the hot weather, and keeping them safe will protect your investment, too.

If you’re anything like us, you won’t feel like layering a dozen products on your skin on a hot day, so finding products which do more than one things is a good idea. Decleor Green Mandarin Sun-Kissed Glow Cream is a day cream to moisturise, help to prevent fine lines and wrinkles while giving an immediate even sun-kissed glow to all skin types.

Night creams are great for rehydrating your skin while you sleep, but if you want your hair looking its best all summer, using some dry oil before bed is a good way to do it. Decleor Satin Softening Dry Oil is scented with a subtle, delicate and beautifully feminine fragrance, and leaves your hair nourished and looking shiny.

A lot of facial products feel too heavy when the sun is shining, so changing your foundation for a BB cream will help you to achieve a flawless finish without foundation. It contains an SPF and offers 24 hour hydration, as well as a natural looking tint which illuminates and evens out the complexion. 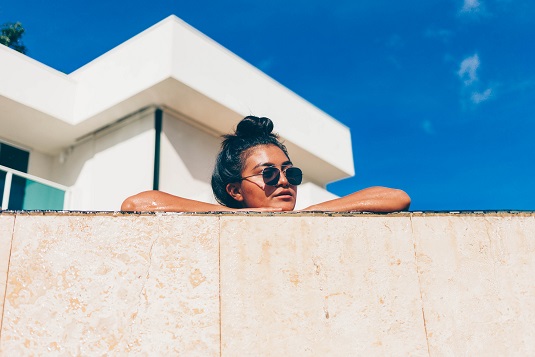 Photo by Garett Mizunaka on Unsplash

Applying self tan can be a veritable minefield of potential mistakes, and anyone who has had a self tan disaster will know that they can be tricky to rectify. To help you to avoid self-tanning mistakes before they even happen, we’ve put together a crib sheet of no-nos in self tanning, so you’ll get the perfect, even glow you deserve.

All too often, people wax or shave and then apply fake tan almost immediately, but this is one of the easiest ways to end up with patches. Your skin needs time to settle down after hair removal so make sure you leave at least 24 hours after shaving and a minimum of 48 hours if you’re waxing. Applying Decleor Soothing Aftershave Fluid will also help your skin to recover.

Seasoned self tanners will know that you have to get into every nook and cranny to make your tan look even, and the most common places to miss are your inner elbow and the backs of your knees. A lot of people apply fake tan while sitting down and you end up with white circles in these areas, so make sure you stand up and get all of the areas evenly!

There’s No Such Thing As Too Much Hydration

Almost everyone on the planet has drier skin on their knees, elbows, hands and feet and there’s no shame in admitting that, but it can play havoc with self tan. Exfoliation is really important, but layering PLENTY of moisturiser in these areas will help you to avoid the orange patches that often appear on these areas when the tanner clings to dead skin cells. Moisturise and then when you think you’ve done enough, moisturise some more!

Out With the Old

If you still have traces of old self tan on your body which are less then even, you need to get rid of this before layering over the top. Gradual tanner is designed to be layered to build a level of coverage that you’re aiming for, but make sure it’s even otherwise you’ll end up way too patchy.

If you want your self tan to look its best for as long as possible, bathing is another big no-no. Obviously we aren’t telling you not to wash, but baths will make your tan disappear much quicker than showers. Try to use a moisturising body wash to give your skin plenty of moisture as dry skin will slough off much easier, taking your tan with it.

Here a Pure Beauty, tanning is a bit of a hot topic for us; while we love to travel and spend time in warmer climates, we’re all too aware of the damage that the sun can do to our skins and how much of an effect that has on the ageing process. However, tans which are achieved naturally and gradually (i.e. not through deliberately baking ourselves in the sun for hours) can give us a healthy glow that we want to hold onto, so we thought we’d share some tips and tricks for prolonging your tan, with the use of some handy Decleor and Dermalogica products.

Use the right sunscreen

So many people still think that if you use sunscreen you won’t tan, which is nonsense. Using the right broad-spectrum sunscreen with a high SPF will protect your skin from the sun’s harmful rays and prevent your skin from burning. Using a minimum of SPF30 is essential (unless you’re naturally dark skin, when an SPF15 should suffice) as is reapplying every 2 hours, to ensure your skin absorbs only the good parts of the suns rays.

The skin has a natural cut-off point for how much melanin it will produce, which means that sitting in the sun all day long isn’t going to increase the depth of your tan if you’re just not that dark skinned to begin with. Give your skin regular breaks by sitting in the shade to avoid damage from UVA and UVB rays and use an aftersun to replenish the moisture lost and prolong your tan.

Okay, this one may sound a little ridiculous but beta-carotene is found in carrots and can hugely improve the skin’s ability to tan. It’s best taken as a supplement, rather than becoming a Bugs Bunny impersonator, but taking a beta-carotene supplement daily can improve your skins natural defences against the sun and will give you longer before the skin starts to burn, as well as increasing melanin production, the thing which gives us a colour.

Sorry to get all shouty, but we cannot emphasise this one enough: MOIST-U-RISE! Keeping the skin well hydrated is the single most important step towards maintaining your tan. Skin which is dehydrated will immediately start to look dull and more pale, so we recommend stepping up your moisturising routine and adding something rich like Dermalogica Ultra Rich Body Cream to give you maximum moisture potential.

If all else fails, fake it! There’s no point risking your health to top up your tan when there are so many amazing gradual tanners on the market which allow you to build a natural looking colour without ANY of the risks associated with tanning.