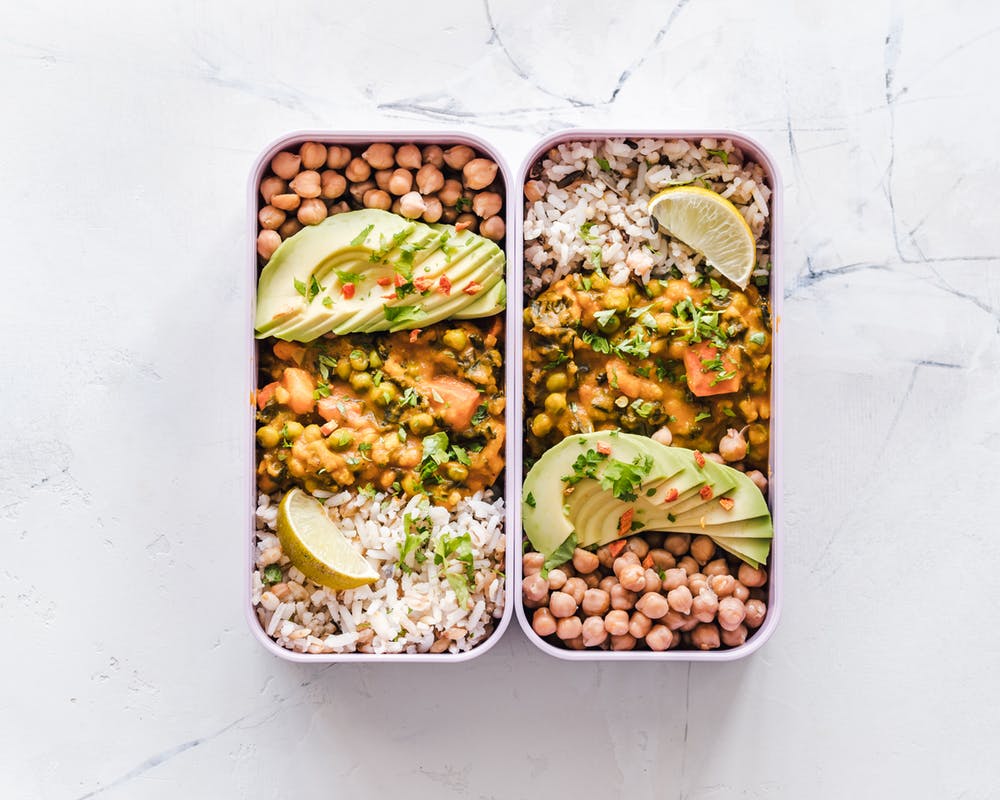 It would seem that plant-based diets are the way to go when it comes to not only our health, but keeping the environment safe as well. Many people will be taking part in ‘Veganuary’, and while this might feel like a gimmick, for many of us it could become a way of life.

We have had a look at some of the ways you can try out veganism so that you don’t fall at the first hurdle and head for the nearest burger bar.

Be prepared
As with all things new, do a little research and prepare yourself. It’s a good idea to look at the kind of foods that will nourish you and do a little bit of a restock of your cupboards if you need to. Read books, visit websites, call on bloggers, go to your local health food shop and supermarkets to get a feel for the land. Also decide if you are going all out – are you doing without leather shoes, wool clothes and everyday products that have animal products in them, there’s a lot to think about, so work out what is best for you.

Keep it simple
When people try a vegan diet, many overcomplicate things. Yes, there are fancy, expensive vegan meat, cheese, and milk alternatives are all out there for the taking, but you don’t have to go out and spend a fortune on all of them. Don’t fall into the trap of cooking tricky, time-consuming vegan foods, instead, keep your meals simple and focus on plenty of vegetables, grains, protein, fruits, nuts, and seeds. A spicy chickpea curry, delicious stir fry, mushroom risotto and wholesome stew full of woody veg are all easy to cook and will give you a blast of natural goodness.

Think about snacks
Let’s face it, plant foods are often lower in calories than animal products, so you need to make sure you’re fuelling your body – the idea isn’t to starve yourself, but to look after yourself! Healthy snacks like fresh and dried fruits as well as nuts and seeds are great so keep them handy. You can also have cereal with nut milk, smoothies packed with fruit and veg, rice cakes with almond butter and chopped banana and get in the kitchen and make pecan and raison cookies or homemade flapjacks.

Read the labels
You might think that a product is vegan friendly, but always read labels just to check animal facts or derivatives aren’t hiding in there. Many companies adding “suitable for vegans” and the Vegan trademark is the international standard for vegan product labelling, so keep an eye out for that.

Watch the vitamins
When you start to eat different foods and give up others, you need to make sure that your body has a full range of vitamins, minerals, and antioxidants, or you could come unstuck. It should be that you are increasing the natural goodness in your body, but if you are worried that you aren’t getting the levels of nutrition you need, add a good quality supplement and again, this is where your local health food shop will come into play.

Good luck and remember to enjoy it, it’s a new way of eating and something to embrace and benefit from. 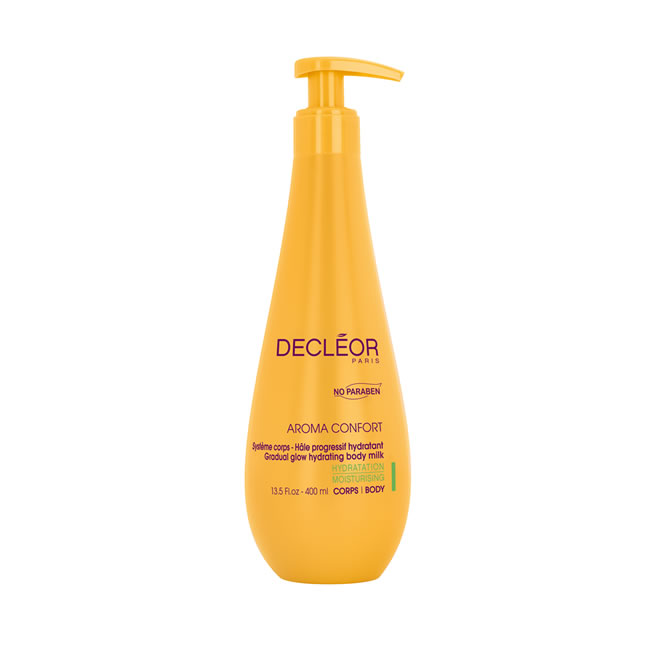 For many of us, having a tan makes us feel good as well as looking healthy and relaxed. However, getting that bronzed body often means exposing our skin to the sun, and this isn’t great as the rays can lead to burning, ageing, dryness and even put us at risk of cancer.

We recommend using a broad-spectrum sunscreen every day, but if you would rather not run the risks of getting a full-on natural tan, at Pure Beauty we sell some fantastic products that will give you a glow but without putting in the sun hours.

Before you use any tanning products, make sure your body is free from dead skin cells as this can make products clog and cause streaks and patches, which you do not want. You can get super smooth limbs with the Decleor 1000 Grains Body Exfoliator and the 50ml option means you can do this at home, or away. Three sizes of grains have been mixed to create a product that helps take away not only dead cells but other impurities, so skin is left feeling like velvet. Grapefruit essential oil gives it a citrus scent, while pearl sugar, Argan shell and orange peel come together in a gel that gives you noticeably softer, smoother and more refined skin that is ready for tanning products to be absorbed.

The Elemis Total Glow Bronzing Body Lotion is a luxurious, gradual tan body lotion that moisturises your skin. It contains Vegetan™ which is naturally derived from wheat and this builds colour on the upper layers of your skin, so you have a healthy, sun-kissed look without sun exposure. Anti-oxidant green tea evens skin tone, and red algae extract aids long-lasting hydration, making this a popular product with our clients. Abyssinian and elderberry seed oils have also been added into the mix to condition the skin, which is left soft, smooth and glowing.

When you go out in the sun your skin gets dry but using the Decleor Gradual Glow Hydrating Body Milk can prevent this from happening. This a light moisturiser that not only gives your body a gradual tan but helps nourish it at the same time. Magnolia essential oil has been added to protect and soothe skin, narcissus bulb helps prolong your tan, and vanilla extract protects against external irritants. It’s the DHA, a sugar obtained by biotechnology, in this product that reacts naturally with amino acids in the skin that leaves you with a gentle top-to-toe golden glow. This is best applied after showering and exfoliating, and when you have massaged into your skin, let the formula soak in before dressing.

If you want to add a little daytime colour to your complexion, we would suggest going for the Dermalogica Sheer Tint with SPF20. This lightly-tinted hydrating make up product comes in light, medium and dark options and each one offers a healthy wash of colour, but the sun doesn’t need to get involved. The colour comes from light-diffusing iron oxides, and broad-spectrum sunscreens have been added to protect against UV rays. Nurturing amino acids, hydrating hyaluronic acid and luscious walnut seed extract are present and help improve the appearance of fine lines and add hydration.

If you have any questions, would like to try some samples or simply need more details to make the right choice for you, get in touch today and we would love to help.

Whilst many of us open our arms to the summer, for hay fever sufferer the warm, pollen filled days aren’t always smiled upon.

It is thought that around a quarter of the population suffers with hay fever. Men and women are equally affected, symptoms can start at any age, seriousness changes year to year and some people find it become less severe as they get older.

So, let’s start with the basics.

Basically, you will suffer with hay fever if you have an allergic reaction to pollen. Pollen is a fine powder that is released by plants as part of their reproductive cycle. The proteins in pollen can cause the eyes, nose, throat and sinuses to become inflamed, irritated and swollen.

The pollen forecast is usually given with the weather in the summer and this is how things tend to be described:

In general, symptoms often start once the pollen count hits 50.

The main types of pollen people are allergic to are:

The most common symptoms of hay fever are:

Other symptoms people experience include:

It is worth noting that if you suffer from, or there is a family history of allergies, particularly asthma or eczema, you may be more susceptible to hay fever.

The obvious way to control hay fever is to avoid exposure to pollen but this really isn’t viable unless you stay inside with all windows and doors closed. Despite all the advances in modern medicine, to date there is no cure for hay fever. The good news is that in the most, symptoms can be relieved.

Over-the-counter medication from your pharmacist can be used for hay fever. Antihistamines can help prevent an allergic reaction from happening in the first place. It is a good idea to take these before your nose and eyes start to run and a regular dose will keep the drug in your system to fight off the pesky pollen. Corticosteroids can also be taken and these help bring down inflammation and swelling.

Eye drops and nasal sprays can help a blocked nose and itchy eyes so take them with you wherever you go along with plenty of clean tissues.

If your symptoms get too much then it it’s worth speaking to your GP, as you may require prescription medication. Some people choose to try a treatment called ‘immunotherapy’ which involves pollen exposure over time to build up resistance. This is done via an injection or pill in severe cases but it can take months or years to work so you will need to use other option to start with at least.

As well as medication, there are some easy steps you can take to help ease the pain of hay fever.

Good luck and it you have top tips for living with hay fever, let us know.

An alternative and independent view of Scottish Independence

Fantastic Treatments in a fabulous salon with only the best Products and the very Best Beauty Therapists!

...from the Dermalogica, Decleor and Elemis Experts - Pure Beauty Online